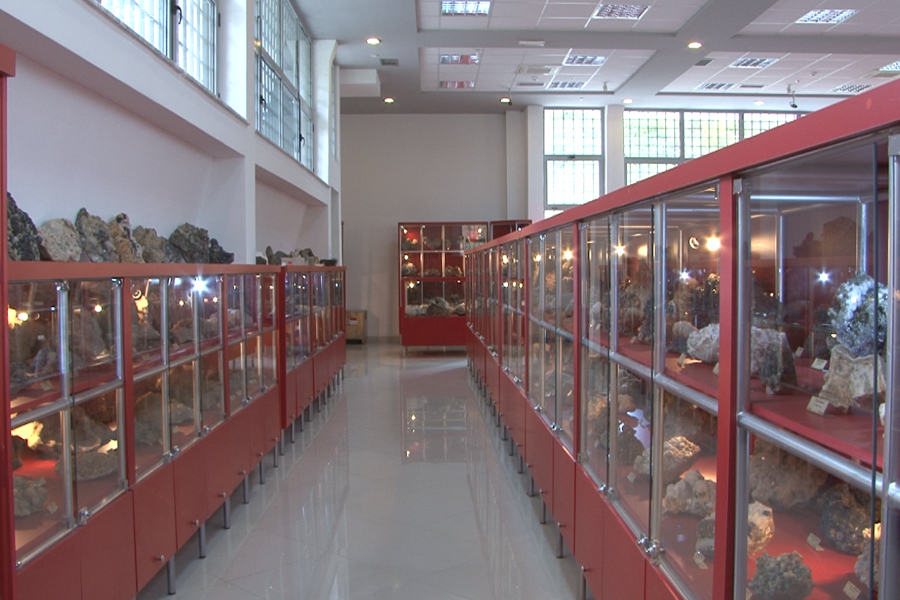 Trepça Crystal Museum is a museum located in the town of Stanterg near the Trepca Mine, Mitrovica. Trepca Mine in Stanterg, Kosovo, is known for its crystal and mineral beauty of various kinds. In view of this fact, in 1964 the Museum of Mineral Crystals was established, which houses over 1300 exhibits of different types of crystals, making the Museum an object of great national importance for Kosovo both in terms of values ​​as well as in value. even in tourist terms. In addition to the crystals in the Museum, there are also old working tools that were used by miners in the early stages of mining. In 1970 the Kosovo Bureau of Protection for Nature put 512 crystals on display in the museum, further enhancing the museum&#39;s importance. Since its inception, the Museum has been housed in an object which, due to its age, did not meet the conditions for the exposure and preservation of crystals. In 2012, with the funding of the Government of the Republic of Kosovo and the enterprise, a modern crystal museum building was built. The value of the investment for the construction of this museum is around 560,000 euros and about 1,500 exhibits of selected crystals and minerals have been exhibited. In addition to the crystals from the Trepca mine, the Museum also houses over 100 types of crystals from various countries around the world such as: Germany, Italy, France, Spain, Brazil, which the Museum has received in exchange for the crystals from the mine. "Trepca". 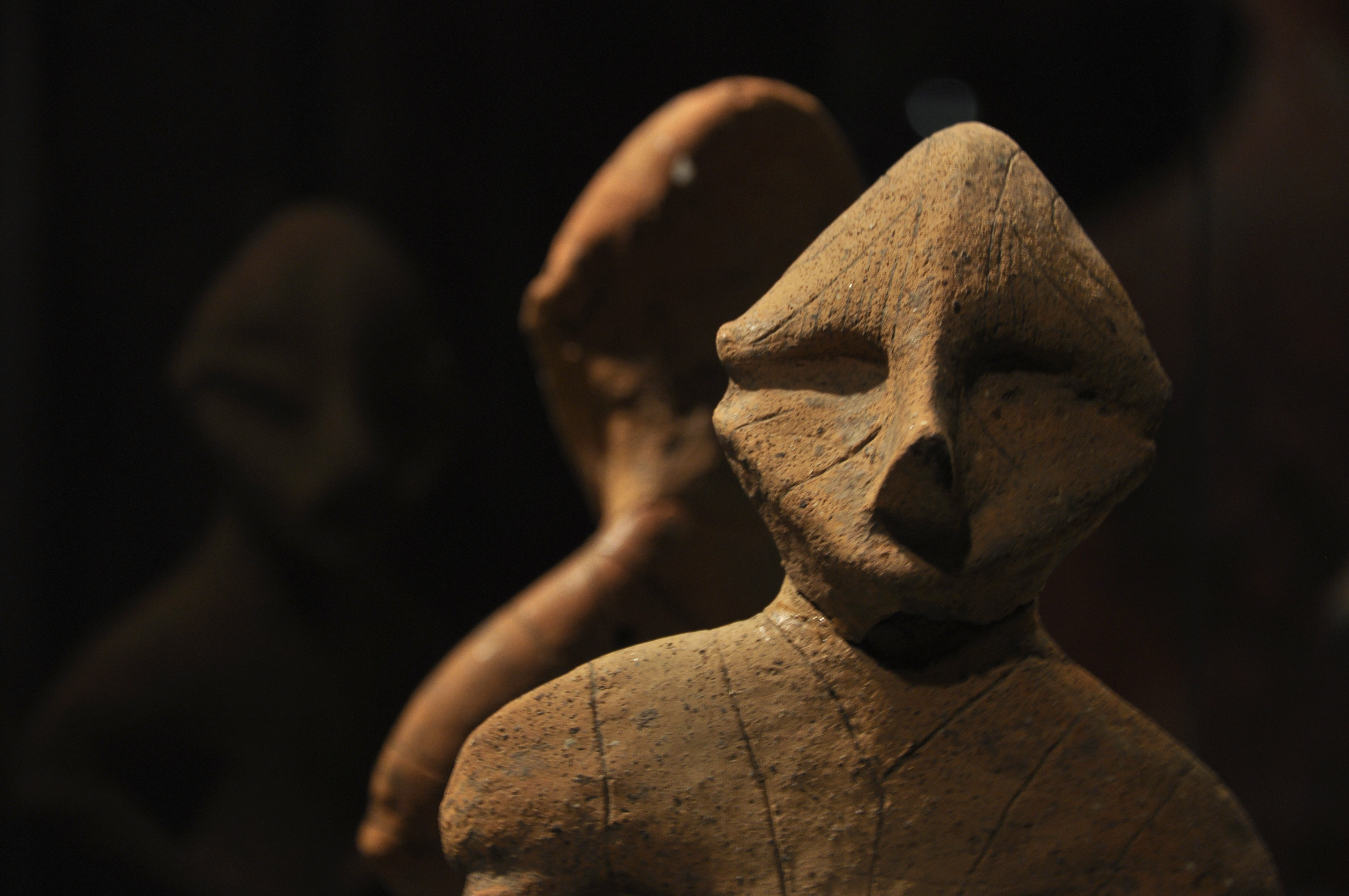 Goddess on the Throne

"The Goddess on the Throne" is an artefact dating back to the Stone Age known in history as Neolithic. The great use of stone has given this period its name. Although dating from this time, archaeological excavations were made in the 1950s. This figurine was discovered by chance during the construction of the TERRTORJA textile factory. The figurine in question represents a female deity, reflecting the cult of the great mother idol preserved in the Pristina Museum. The Kosovo Museum has adapted the image of "Goddess on the Throne" as the logo of the special institution. Moreover, as it is one of Kosovo&#39;s most precious archaeological artefacts, it has also been adopted as a symbol of Pristina. 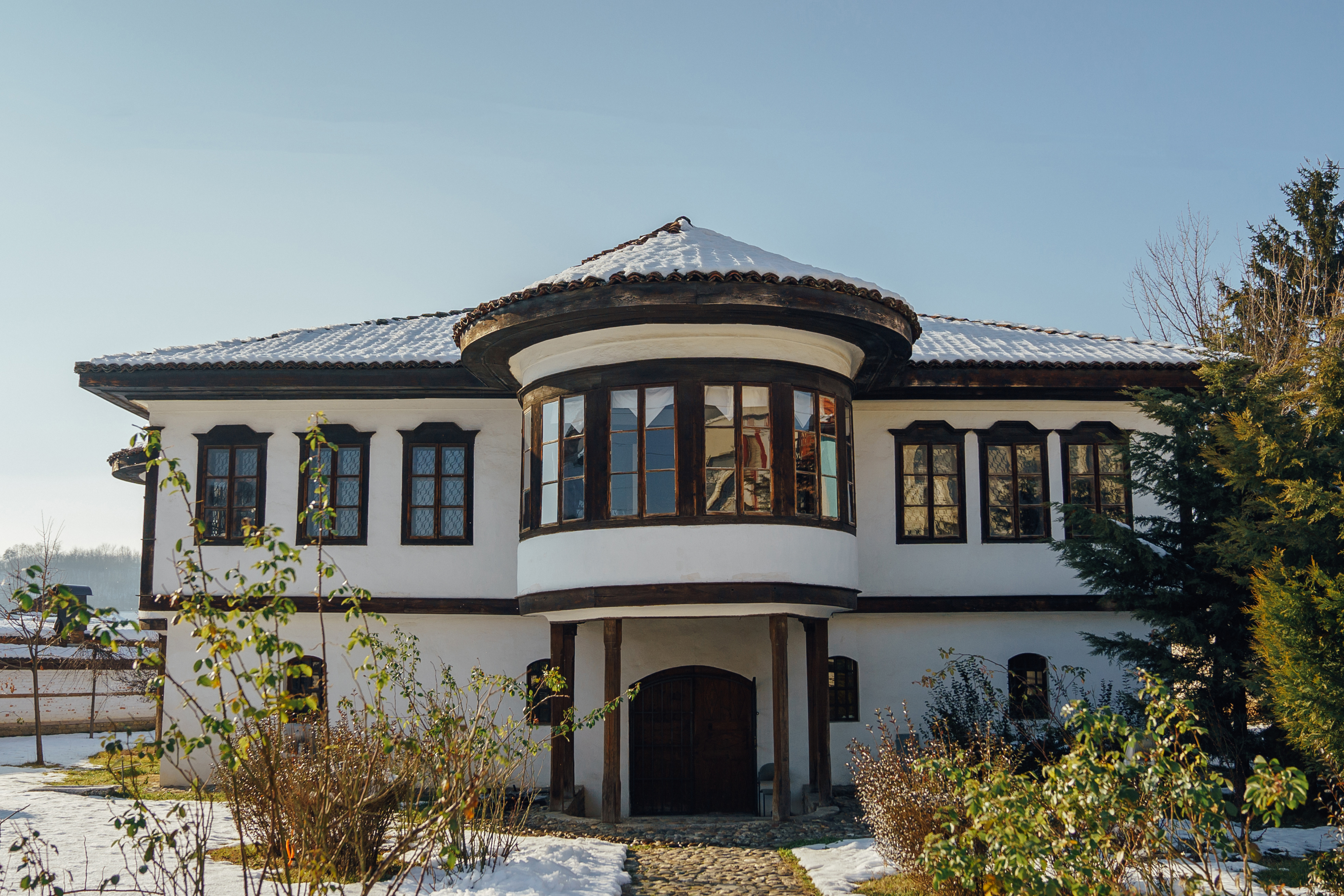 The building is located right in the center of the city, opposite the Municipal Assembly in Gjakova. It was built in 1810 by the Sina family. The house is built on two floors p + 1. The ground floor is used as a storage room, and the upper part for housing. The living area has four rooms and two balconies. The material used is brick, stone and wood. For high decorative value, especially the large room on the left side of the building and the coals with their furnaces located in the four rooms. The corridor separates the rooms from each other and appears on the plan in the form of a cross. The house has undergone changes over time. The front had two guest rooms and a barn where the animal feed was stored. The house also had a fire house on the ground floor, while on the floor above the fire house were two auxiliary rooms that were located behind the house but do not exist today. In 1918 this house was sold by the owners and passed on as the property of Haxhi Osman Bosniak, while the Gjakova municipal assembly, through a contract with the owners, transformed it into an ethnographic museum based on the architectural values ​​and folk art of the building. 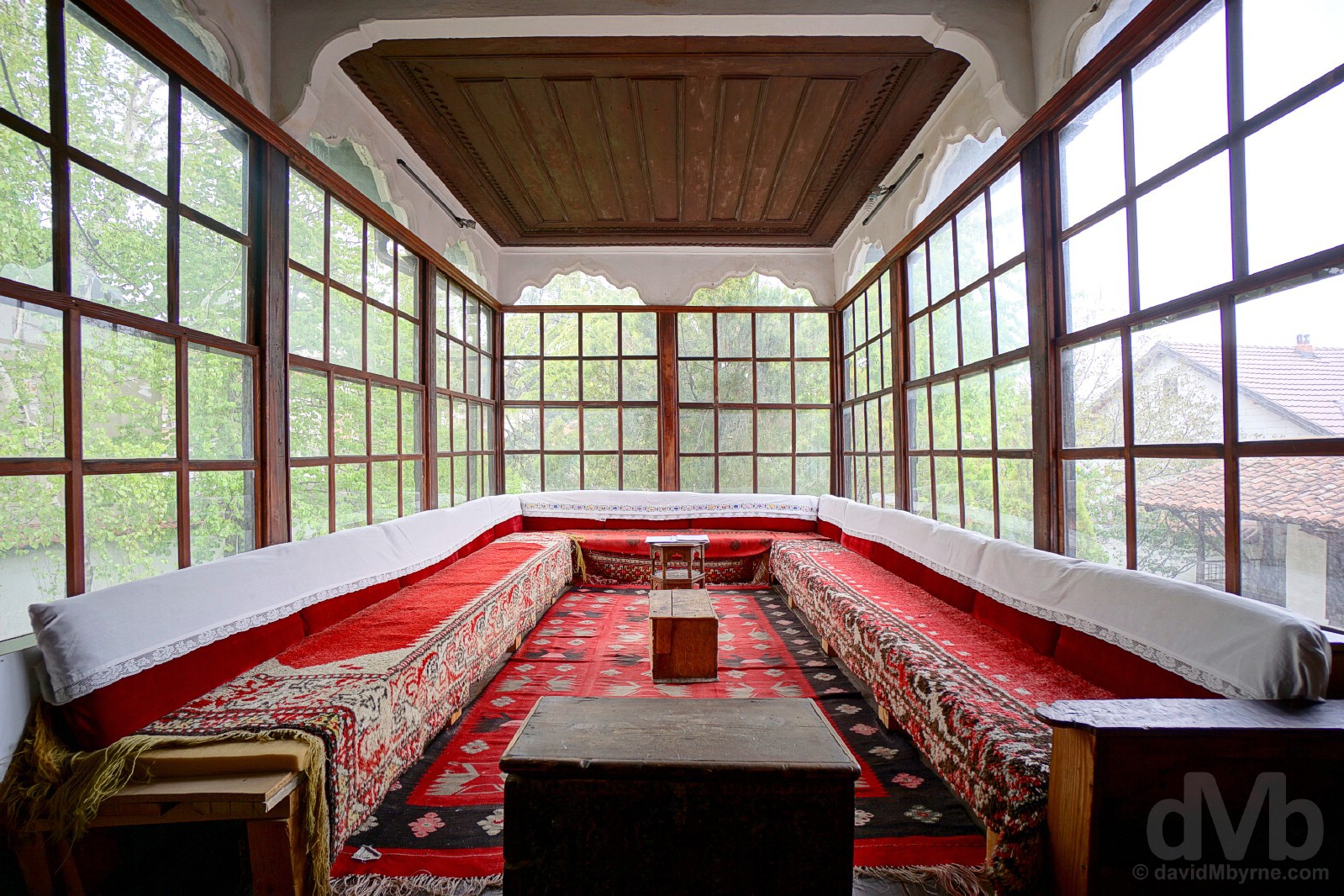 The Ethnological Museum is a cultural heritage monument in Pristina, Kosovo.It is located in the Emin Gjiku Complex, a 18th century cultural monument. The museum exhibits tools and items related to the Ottoman lifestyle in Kosovo. 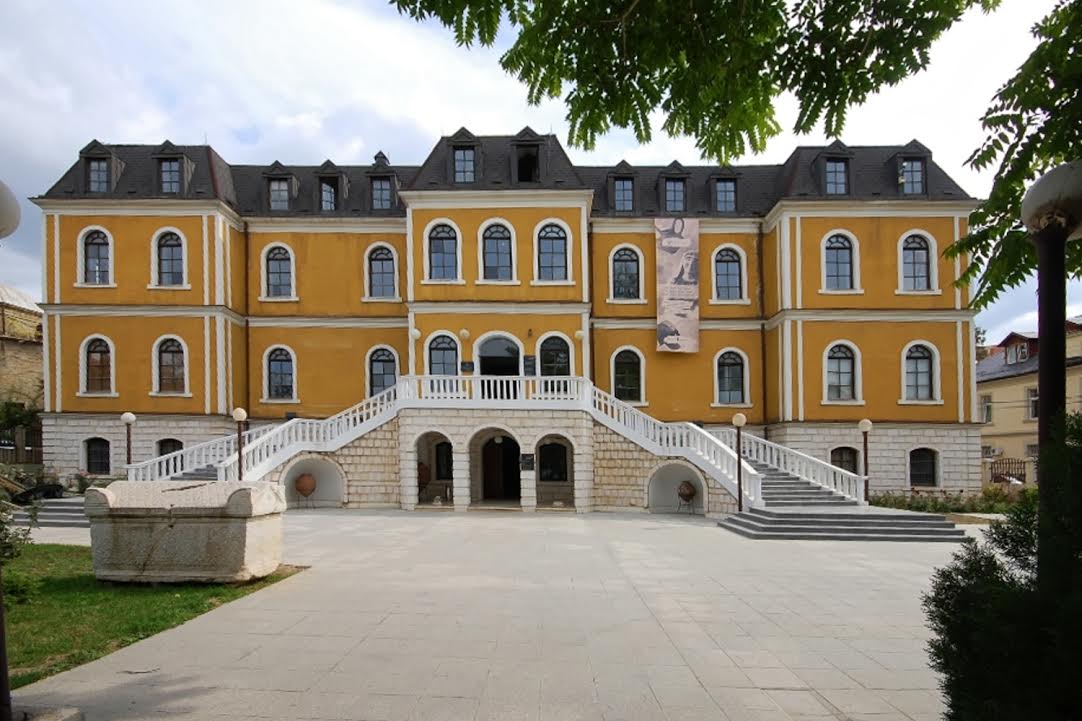 The Museum of Kosovo was founded in 1949, while the building with Austro-Hungarian architecture dates back to 1885/6. It is aimed at preserving, protecting and presenting Kosovo&#39;s Cultural Heritage. The Museum of Kosovo includes a collection of more than 50,000 exhibits of various profiles, from the pavilion of archeology, technology, history, nature, ento-culture, folklore, heritage etc. 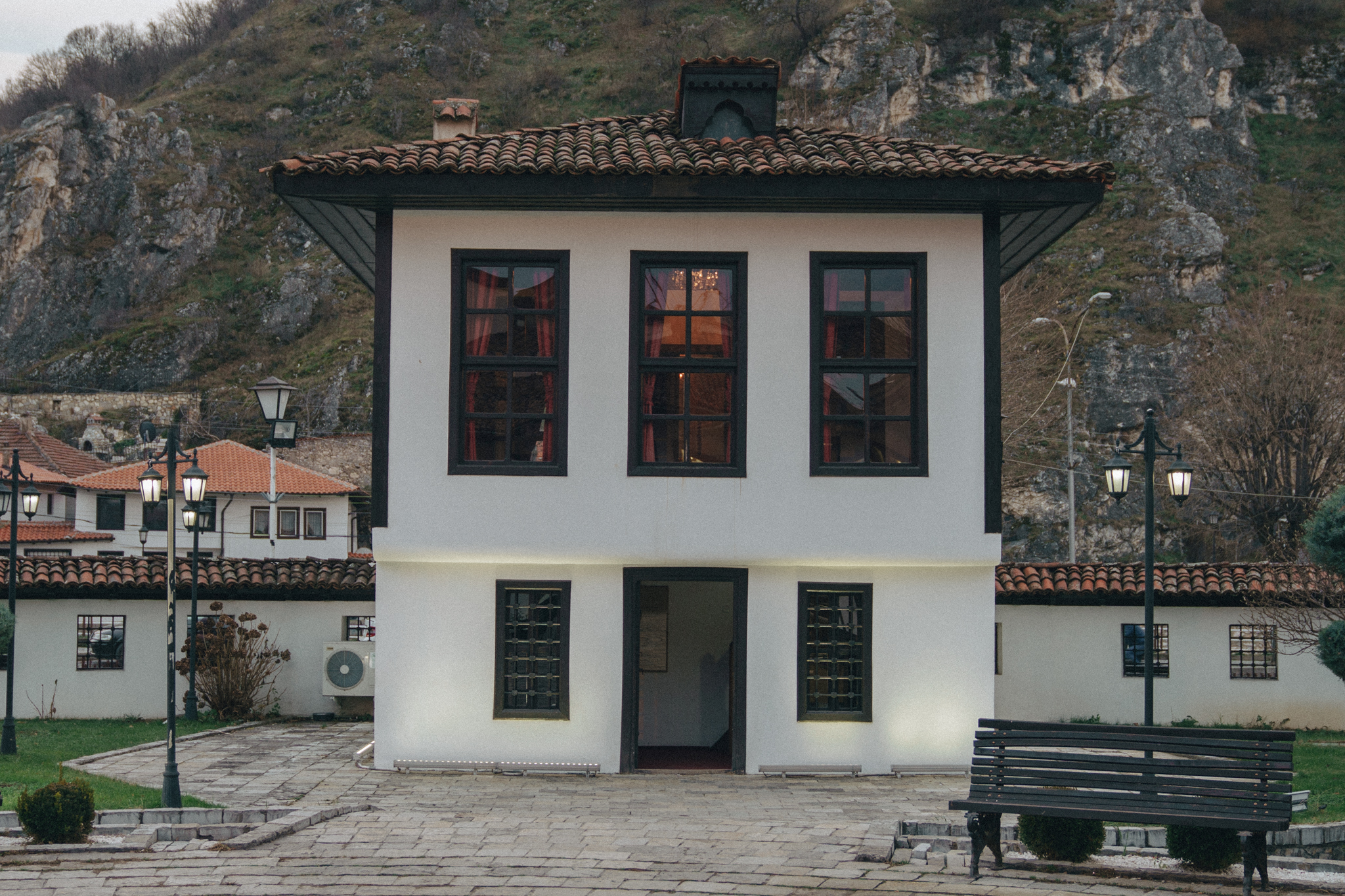 On June 10, 1878 the Prizren Assembly was convened, which announced the formation of the Prizren League. The works of this assembly were led by Iljaz Pasha Dibra, while the political program was drafted by the ideologues of the Albanian nation such as Sami Frashëri, Pashko Vasa, Abdyl Frashëri, Jani Vreto, Zija Prishtina and others. The Prizren League is the first political and military organization of the entire Albanian nation. The Prizren League had to solve three major tasks that were of concern to all Albanians. First, to oppose the segregation of ethnic Albanian lands inhabited by the Treaty of St Stephen and the Congress of Berlin in 1878. Second, to unite the Albanian territories into a single vilayet within the Ottoman Empire. Third, to testify throughout European public opinion that Albanians were a separate nation in the Balkans despite religious differences. The highest body of the Prizren League was the General Council, which carried out legislative functions. This body created a National Committee which took on the attributes of an interim government. The National Committee was composed of three committees: Abdyl Frashëri was assigned to Foreign Affairs, Shaban Prizren was assigned to Internal Affairs, and Sulejman Vokshi to Finance. The National Committee set up provincial subcommittees in the three main Albanian vilayets that were in danger of falling apart. The Prizren League subcommittee on the Ioannina vilayet and senior Ottoman state official Abedin Pasha Dino, with deft diplomatic actions, prevented Greece from annexing the province of Chameria. The Shkodra subcommittee organized Albanian volunteer troops under the leadership of Ali Pasha Gucia and Hodo beg Sokoli, who caused heavy losses to Montenegrin forces led by Mark Milan. Albanians managed to protect Plava, Gucia, Hoti and Gruda with blood. Rejoicing over the achievements, the Albanians expressed their determination not to leave the city of Ulcinj. Under pressure from the International Fleet of Great Powers and surrounded by Ottoman and Montenegrin troops, Ottoman Commander Dervish Pasha finally broke the Albanian resistance and on November 26, 1880, Ulcinj surrendered to Montenegrin forces. The Albanian resistance against the High Gate continued afterwards. In May 1881 after a number of arrests of its leaders and persecution of the Albanian population, the League of Prizren, was crushed by the High Gate.