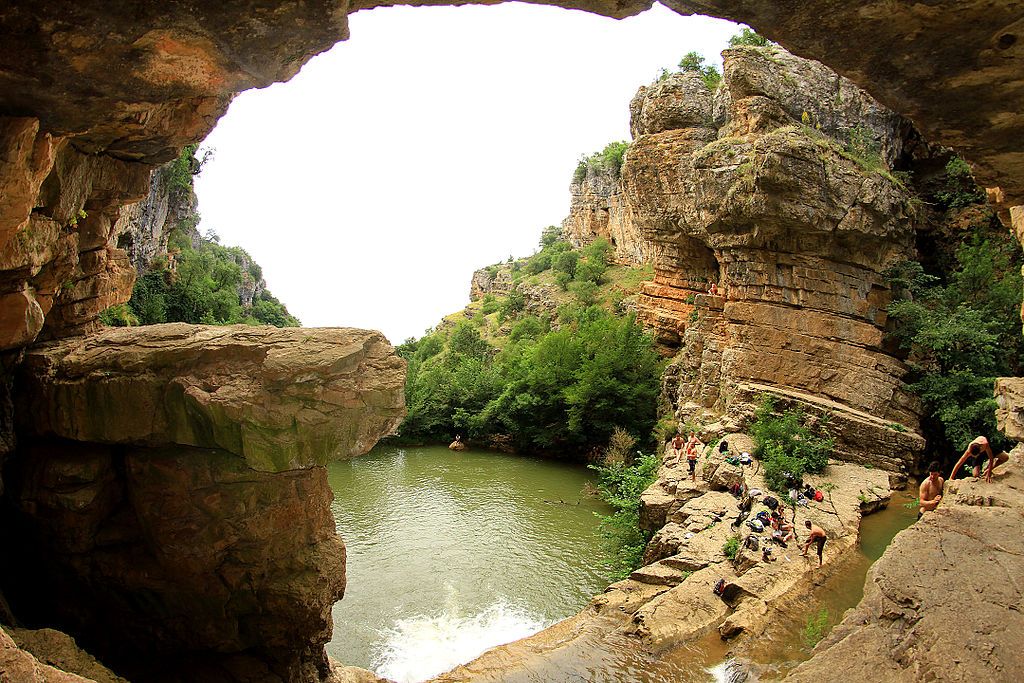 In Mirusha Canyon special forms have been created: deepening, caves, rock cuts, deposition of materials, lakes etc. In addition to the characteristic formations of waterfalls and lakes, there are also caves of various shapes and sizes.

The Cave of Dush is the most interesting and important about the natural values ​​in the whole area of ​​Mirusha Park. The permeable cave length is 180 m. It should also be mentioned that the cave has two secondary channels of 40 m, so with the secondary channels the total length of the cave goes to 260 m. The entrance to the cave is quite impressive with a width of 10 m and a height of 15 m. Inside the cave up to 72 meters, in the north direction lies the canal about 40 m long, while in the south-east direction the cave is passable through the meandrin channel up to 180 meters. At 180 meters, the secondary channel connects to the main cave channel and the other secondary channel to the southwest. Here too the cave ends in the form of "S" and is not passable. Inside the cave there are six small lakes created during erosive activity and waterfalls up to 2-5 m high. It is rich in stalactites, stalagmites and columns of various shapes and sizes, with a large number of sticks living inside.