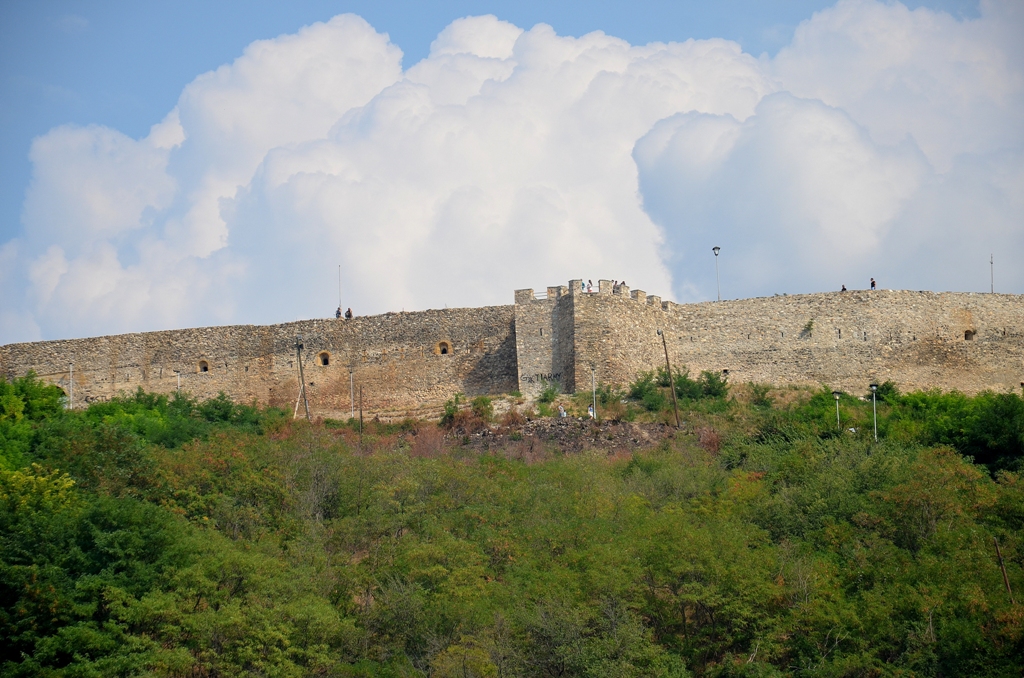 Architecture as part of the articulation of tradition and ideas in Kosovo is expressed through the construction of various objects such as special spiritual ones but also other objects, ranging from residential buildings known as towers, hospices to public or government buildings. , as well as the urban forms of medieval cities such as forts and to this day.

Towers as residential buildings are traditional family buildings on the basis of which further secular buildings and clock towers were designed and constructed. Other forms were designed and put into service for other purposes and when they were systematized and an infrastructure network was created between them they created forts. Among the most organized settlements in the Middle Ages is the famous Prizren Castle.

The towers as auxiliary objects, first as observation and signaling, and later as gathering objects for the inhabitants of the suburbs up to the religious objects of our day, are not rare in Kosovo. It is said that towers as religious objects, that is to say with roofs according to religious symbols, are among the oldest in the Balkans. A large number of them are under the care of the Serbian Orthodox Church, with some remaining religious rites.

Among the tallest and most popular towers, built according to traditional features but using modern materials, concrete and glass, is the "Renaissance" Tower. A tower surrounded by a new complex of buildings.

Churches and mosques, like religiously adorned stone towers, are widespread throughout Kosovo. While the number of such churches has been kept constant for more than a century, this cannot be said about the number of mosques. Historical developments have taken their toll and today the construction of mosques with new materials dominates today.

Resorts(Han), a type of facility that accommodates travelers similar to the motels and hotels of our time. Their outreach was largely in and around urban centers. A number of them, in the Dukagjini Plain, have been maintained complete or fragments of them that have been adopted and mainly conduct gastronomy activities.

The hammam, a kind of facility that served as a public bathroom of the Ottoman empire, was also widespread in Kosovo in urban centers at the time. Whole hammams, or fragments of them, are still in operation today, or maintained. So far, some of them have been described in this encyclopedia. Among them are the Haji Bey's Hamam in Peja.

The castle as the earliest form of urbanization that for various reasons of history was left unoccupied with the surrounding objects, seems to exist in Kosovo, but archaeological traces are still in their infancy. As a result of this phase it has been made public the discovery of a Roman-era Castle, Harilaq Castle, 25 kilometers west of Pristina.

Other interesting objects in their interior, but not visible to the occasional bystander, are shrines(tyrbe), a kind of building on the tomb of predominantly spiritual persons, but which also have nothing to do with the religious side of society.

Houses and other characteristic objects of the late Ottoman Empire are completely preserved or such fragments, mainly in the seven urban centers. These objects for are characterized by building material. These include the use of onions as building tools.

Objects of the Austro-Hungarian era are still scarce and mainly in centers such as Prishtina, Mitrovica and Peja. Among them are the buildings near the building of the National Theater in Prishtina and the hotel Metohia in Peja.

Communist-style objects are the most common objects. This is due to the post-World War II system. Such facilities are mainly of concrete, with defective decorations, and mainly built for the purpose of applicability. During this time there was another form of expression of art through "Lapidars", "Memorials" "Statues", "Busts" dedicated to warriors and prominent figures of the communist system, among which dominated the figure of Tito, figures of national rebirth Albanians near school facilities besides communist ones. Among such popular objects are the Memorial of the Brotherhood of Pristina, the Lapidar of "Boro Ramiz" in Landrovica.

The objects of the last "post-war" style, are mainly objects not as high as in the communist style, the average height of the tall objects reaches 5-6 storeys. The media propagates the construction of tall towers with surrounding buildings that form entirely modern castles which also serve as dwellings, shelters but primarily as finance office sites around which commercial buildings are spread. Be that as it may, there is no talk of an awakening of the art of construction in spite of numerous constructions. On the other hand, the erection of communist-style monuments has become part of the tradition. This tradition seems to have replaced the role of the shrines(tyrbe).